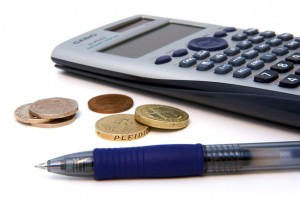 One of most critical findings is that there is a gap of about 10 trillion rand among South Africans who should be insured, but aren’t. The shortfall will eventually fall on the laps of the government, civic groups, and private businesses who may be approached to donate or provide assistance in case of accidents that leads to disability or death.

The study was done by True South Actuaries & Consultants which started as an outsourcing company and eventually came into its own as a leader in the financial services sector of South Africa. It was the previous CEO of LOA, Gerhard Joubert who revealed the contents of study and tried to draw public attention saying it was a matter of “grave concern.” He said, “We did not realize the extent of the insurance gap in this country.”

Most affected by the situation are the single income and low income earners.  The most likely effects should the income decrease or be compromised by an accident, illness, or death would be that the family would have to cut their expenses by at least half. Children may no longer be able to attend school, and any money available would be used for basic needs like food, utilities, shelter, and clothing.

According to Joubert, death insurance is higher for low income earners although the premium for disability insurance is lower. This is because the South African government has a grant that provides financial relief for families whose main income earner becomes disabled.

As for the shortfall, LOA says that families and individuals have to spend about 3.9% of their annual income on insurance products to close the gap and ensure no significant financial disruption occurs. Unfortunately, majority of South Africans are unable to do this because it would mean giving up on many other things that may be considered more important. In fact, the trend is that the higher a person earns the more expenses he incurs because his standard of living is high. Therefore, he would require more coverage than a low income earner.

Three years after the low cost Zimele long term insurance products were offered, another study was done to see the response. Sadly, as of 2011, the low income market remained indifferent about insurance. In fact, from 2010 to 2011, the number of low income South Africans with long term insurance dropped by 7%. On the other hand, there has been an increase in bank accounts opened among low income earners.

Zimele, while a great line of affordable long term insurance products remained mostly untouched because the promotion was not done properly, as some critics contend. An insider even went so far as to say that companies and brokers were not offering it because the commissions were too low or not profitable enough.

Association for Savings and Investment in South Africa (ASISA) executive responded by saying that 3.5 million Zimele products were sold in 2010 which was a 13% increase from the previous year. Zimele policies brought in as much as R 38 billion in paid premiums for 2010 alone.  Clearly, the progress is not as fast as expected but Zimele is a popular option among those who can afford or make it a point to afford long term insurance for a better future.